Posted on January 9, 2014 by mediachecker

French and Spanish subtitles available.
Steve Marsh lives and farms at Kojonup in Western Australia. In 2010 he lost his organic certification when GM canola from next door jumped the fence and contaminated 70% of his farm. In a world first, he is suing his GM neighbour for damages and if he wins he not only protects his right to grow clean GM free organic food, he also protects our rights to eat GM free foods. 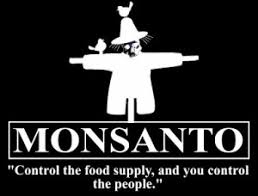 Update: Steve Marsh’s trial is scheduled to start on the 10th of February, 2014 at the Western Australian Supreme Court. We need to raise hundreds of thousands of dollars for the court case.

You might not have heard of Steve Marsh yet but this man could lose everything to protect your right to eat GM-free food. Steve is an organic farmer from a farming community South of Perth in Kojonup, Western Australia and in 2010, the state government of Western Australia lifted the ban on GM canola, allowing for the commercial cultivation of this GM crop for the first time. As a result many farmers, including Marsh’s next door neighbour, began growing GM canola. Subsequently, Steve found GM canola plants spread over much of his farm, containing seed. 70% of Steve’s farm was contaminated and he lost his organic certification.

The full version of our video is also available here.

This contamination has had a dramatic impact on Steve and his livelihood, while Monsanto, because of their no liability agreement signed with each GM farmer, are free of any responsibility for GM contamination. Instead of accepting this biotech invasion, Steve has decided to take a stand. As the only avenue available, Steve is taking his neighbour to court for compensation of loss and damages. The GM farmer is being supported by pro GM lobby group the Pastoralists & Graziers Association. This case is the first of its kind in the world, where an organic farmer is seeking compensation from a GM farmer when his rights have been violated by GM contamination. This is something that Steve does not want to do but he has no other option if he wants to stand up for his right to farm GM free and our right to eat GM free.

The labelling system in Australia and New Zealand is full of loop holes and often the only way to be certain that a food is GM-free is to buy organic. When Steve took his issue to the Agricultural Minister at the time, Terry Redman, he was told that the organic standards are to blame for his loss suggesting that organic foods should allow contamination by GM. We disagree and believe that it is a fundamental right of all of us to grow and eat GM free foods, especially organic foods.

If the court decides that it is ‘unreasonable’ for the organic industry to have a zero tolerance for GMO’s, the result is that in Australia you will have no right to eat GM-free products and no way to guarantee that products grown in Australia are GM-free. The cost to purchase and trade in GM-free products will go up if non-GM farmers have to pay the cost of contamination. And eventually, GM-free crops may be eradicated due to contamination in the long-term!

Steve is standing up for what he believes in but he cannot do it alone that is why the Safe Food Foundation is coordinating fundraising for Steve’s legal costs to ensure that Steve has the best chance to go to court and win for every one of us.

The international law firm of Slater & Gordon has taken on the case under their public interest policy but there are still many other costs necessary for barristers, court costs and expert witnesses and this will cost hundreds of thousands of dollars. Steve could not take this case without our support.

If you believe farmers should have the right to produce GM-free food which ultimately equals your right to eat it, if you believe the GM-free farmer should not be the one responsible to pay the cost of contamination, please support Steve and make a donation now!

Monsanto is a serious global issue – please donate if you can.

This entry was posted in Uncategorized and tagged Australian Farmer Taking Monsanto Farmer to Court. Bookmark the permalink.